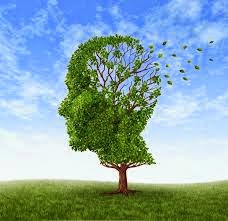 There has been a bit of press (though not nearly enough) on dementia as of late.  Some has been spurred by findings that Robin Williams (along with 1.3 million Americans currently) suffered from Lewy Body Dementia in addition to early onset of Parkinson's Disease.

Here is a recent APA piece entitled "Speaking of Psychology: Protecting Your Aging Brain" that
addresses the causes of dementia as well as the effectiveness of activities such as physical exercise and brain training games in preventing it.