There's more iPad discussion brewing at InsideHigherEd, and this time it references Cory Doctorow's opposition to iPad hegemony (which jkd so presciently noted on yesterday's post). CNET is also on to this debate; Matt Asay, who's been on the AAPL tip for a while, remarks here.

It is exactly this sort of fearless debate that will propel us into the new paradigm I mentioned yesterday. Importantly though, we must have this engaged heteroglosia. Not to get all Foucaultian, but...the discursive iterations reflect the power that is shooting through all of these technological futures (all with their varying degrees of determinism). So, when I remark that it's a new paradigm in yesterday's post I am insisting that the conversation and context have irrevocably changed when it comes to instruction and pedagogy. Sure, corporate hegemony and monopoly is to be loathed and individiual agency is to be lauded (especially agency driven by a DIY situationist ethos)...this is a given. My point is that when we talk about education currently and in the future we are articulating pedagogy and instruction differently. We have not achieved Freire's mandate in Pedagogy of the Oppressed, but we are creating interstices for students (and teachers) that make the banking model of education less of a possible future.
Posted by Hill at 10:12 AM No comments: 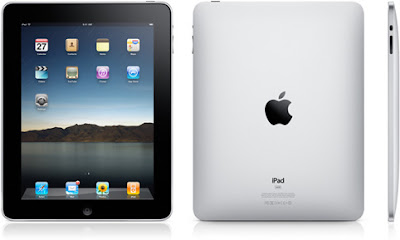 The e-learning giant Blackboard, meanwhile, today is announcing that it is launching an app for the iPad that will allow students to access their courses from the new device.
Posted by Hill at 2:00 PM 2 comments: