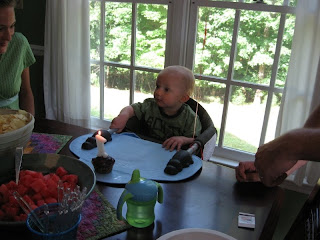 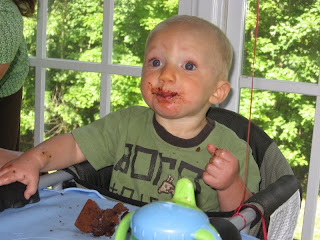 Carol Tenopir, professor at the University of Tennessee at Knoxville's College of Communication and Information and director of the Center for Information and Communication Studies, drove a great panel presentation discussion at the recent annual meeting for the Special Libraries Association. Those familiar with Tenopir's work will recognize her compelling claims.

In short, she is drawing attention to the proliferation of science journals over the past few decades and the increasing interdisciplinarity of these journals. This is impacting scholarly communication in profound ways, and this paradigm positions the library as a nexus for this scholarly exchange and curation.

There is cross-pollination between disciplines and fields as a result too. This is particularly appealing to my interest in the cultural study of scholarly communication in technoscience.
The panel also mentioned what most librarians already know: that interdisciplinary scholars are most inclined to discover (re)sources in other disciplines based on linked citations or other networked sources. The assertion was also made that researchers in a few recent studies were described as valuing textbooks and conference proceedings less, as well as being older. This impacts the preference for new types of library service and curation across a diverse demographic (not just "younger" digitally literate researchers). And lastly, the panel suggested that libraries compose multidisciplinary library teams that may be embedded in the library or in departments across campus. This is a particularly exciting rearticulation of space and outreach to.

There's a lot of inspiration in this...to that end you may want to check out Tenopir's recent journal publications (linked here).
Posted by Hill at 10:52 AM No comments:

On The Media: Transcript of Process Journalism

This is a good listen from the folks at TechCrunch, who are doing process journalism REALLY well. The interview struck me because there is a lot of talk (and has been for decades) in English/Composition about process and post-process pedagogy, but from my experience it's mostly lip service at most places. The typical writing program ultimately seems to follow the NY Times model of putting out a perfectly "polished" piece, however untimely and non-dialogic it may be.
Posted by Hill at 11:30 AM No comments:

Summer has been filled with all sorts of activities, from teaching a Technical Communication summer session course to weeding and organizing CDs. Technical Communication is what it (bleh) is, but the CD weeding...now that's been great. For the past few days a decade old L7 disc has been spinning in my car stereo. It's been just what I needed (in many ways to deal with the summer session class...j/j of course). Regardless, L7 has me in my manifesto-y mentality AND, fortuitously, today I received an email alerting me that there's a new Digital Humanities Manifesto out. It's a project of the Mellon Seminar in Digital Humanities at UCLA and the new document is aka The Digital Humanities Manifesto 2.0. A pdf is linked here. A few of my new manifesto-lifted mantras below:

And for the traditionalists in humanities departments that "fuel my fire", we've got a problem with you too. The new manifesto rightly identifies these folks as:

‐‐ the great diminishers: they will reduce anything in digital humanities (it's just a tool; it's just a repository; it's just pedagogy). They have rarely, if ever, built software, parsed code, created a database, or designed a user interface. They are uni‐medium scholars (most likely of print) who have been lulled into centuries of somnolence.

‐‐the false fellow travelers: they will wave the banners of change with continuity on their agenda. What's at stake is not simply continuity vs. change but honesty vs. hypocrisy.

‐‐all those who would falsely equate the tools of the present with a turn away from history in the name of presentism, voguishness, or vocationalism

These are just a few, and I'd love to post more but Tech Comm awaits. Check out the Manifesto. It's a quick and inspiring read. After you've read it, do something.
Posted by Hill at 9:55 AM No comments:

A former student sent me this news story today...Web 2.0 is recognized, canonized, surely now outmoded as a term.
Posted by Hill at 9:28 AM No comments:

Following up on yesterday's post, here's a great resource that shares a continuing study of the impact of free access to Internet/computers in public libraries. The U.S. Impact Studies project's "aboutness" is described as:

"A research team led by Mike Crandall and Karen Fisher of The University of Washington Information School, with support from the Institute of Museum and Library Services and the Bill & Melinda Gates Foundation, is examining the impact of free access to computers and the Internet on the well-being of individuals, families, and communities."

Check out their site and emerging data if you are interested (and you should be).
Posted by Hill at 10:40 AM No comments:

ALA spokespersons commented recently to the FCC with regard to achieving the administration's goal of national broadband. In sum, libraries (of all sorts) can be key in realizing this goal. An excerpt follows:

“The national broadband plan has the potential to benefit millions of people by enabling high-capacity, ‘future-proof’ connections to the Internet in large multi-user locations such as libraries,” said Emily Sheketoff, executive director of ALA’s Washington Office. As the premier public computing centers around the country, libraries can serve as “community anchor institutions” by providing broadband, Sheketoff said.

What an idea. As we are all dealing with new realities and developments, it is heartening to know that there are possibilities for re-imagining relations and communities. Re-thinking the importance of libraries to communities is especially appealing to me. It is a great example of rethinking the places that impact our access to spaces of community and connection. While this is indeed a potential boon to libraries, the implicit mandate is that the libraries and librarians facilitating this change are radically different in some ways. So, in working toward such realities we need to ask how technology and social practice has changed the ways that individuals and groups access information and their needs (both known and unknown) for curation of said information.

Yes, this is a call for things like "Library 2.0" and beyond, but it's also a situation where progressive librarians need to be adept at understanding new literacies and lost literacies when it comes to critically assessing user needs and resources.
Posted by Hill at 6:05 PM No comments:

There has indeed been a lot written about Twitter as of late. Fred Stutzman blogged incisively a couple of days ago about demographic paradigms dialectically tethered to Twitter, blogs, and many things social media. Since then the remapping of "the social" has been a point of mental occupation for me. Today, TechCrunch published a piece entitled "The Future of Twitter Visualized". In it M G Siegler provides links to some groovy charts forecasting possible futures for the popular service. Scenarios range from worldwide domination to swift acquisition by another tech player. The visuals are pretty neat and I recommend checking them out.

My point to all this is that in none of the scenarios did anyone argue that the new paradigm Twitter has ushered in will disappear (or lose influence/user preference). We,whether we use Twitter or not, now live in a context that conceptualizes communication, social relation, social access, and social identity way differently. In Life on the Screen: Identity in the Age of the Internet, Sherry Turkle is recasting Fredric Jameson when she writes, "In simulation, identity can be fluid and multiple, a signifier no longer clearly points to a thing that is signified, and understanding is less likely to proceed through analysis than by navigation through virtual space" (p.49). Turkle's prescience is probably even astounding to her.

With the ubiquity/mobility of Internet access and the waning influence of traditional textual mediums, our social realities and identities are rapidly changing faster than Turkle or most anyone else could have imagined. What was previously abstracted, apprehended only through the best postmodern theory (like Jameson), is now material---made apparent in our daily practices and inscribed in the corporeal and the now sentient places we traverse.
Posted by Hill at 6:18 PM No comments: