Don't Drink the Water (or swim in it either)

I've been going to water a lot, rather as much as I can, this summer.  I've been to the ocean, rivers, lakes, streams, etc.  Mostly, it's been a pretty frustrating experience.  Initially, I thought that I was going to the wrong spots.  What's more probable, though, is that there is something wrong with the places that I've visited.  There's nuance to this supposition, a nuance that's predicated on subjectivity and awareness.  My most recent visit was to Seattle's Lake Union. 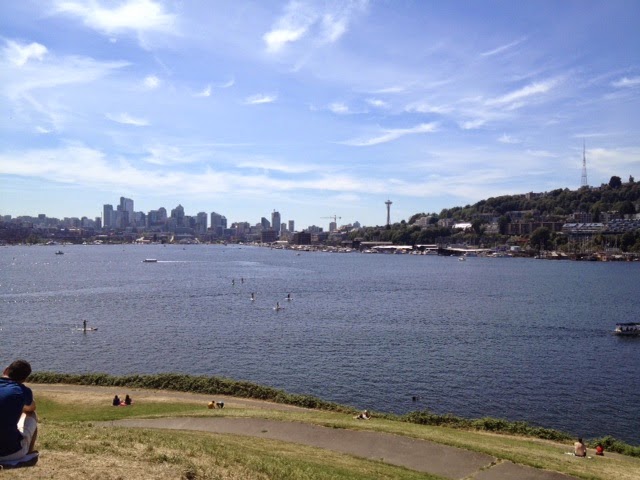 It was beautiful.  It is beautiful.  People were on the water enjoying what appeared to be the most sublime of natural offerings that exists on the urbanized Puget Sound...enjoyment, seemingly without care.  Hell, why not?  Just about every "how to see Washington or the Northwest" visitors' guide has something like the following in every issue that I've perused this year.  I'm inspired by this messaging too. 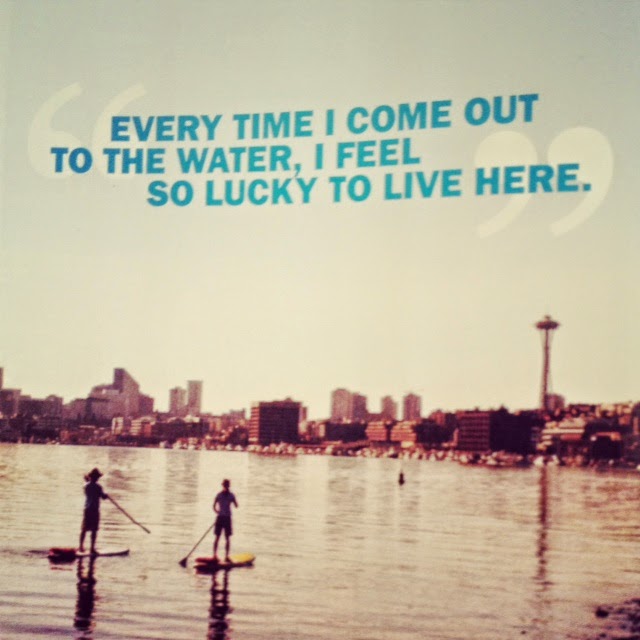 Until, I notice the "no swimming or fishing" signs posted on the perimeter of the lake.  Evidently the lake is toxic.  Seventy-five years of industrial activity has lined the lake with arsenic.  As, in all over the bottom of the lake.  See the article: "Crews to remove 8000 yards of arsenic-laced mud from Lake Union".

And, what's starkly apparent is the fact that there are a lot of other places I haven't gone that are suffering the same fate.   Evidently, at least one third of Washington's waterways are polluted beyond safe levels according to the state's Department of Ecology (as quoted in the EcoReport).  When I've been to the coast I have to check the warnings for raw sewage runoff, as I also have to do when paddleboarding in the Willamette River.  It doesn't seem that things should be this way.  More profoundly, it doesn't seem that people should be able to simply look past this as they do.  Granted, I'm a recovering Marxist but the false consciousness and disconnectedness is utterly baffling.

I grew up swimming and surfing at Wrightsville Beach, NC which is consistently lauded for relatively pristine water quality.  Shouldn't this be the norm?  The Northwest has a lot of cred when it comes to "eco-consciousness" whatever that means now.  But, some of this spin and negligence when it comes to water quality is a bag of shit that we shouldn't have to accept.  Lipstick doesn't look good on this pig.
Posted by Hill at 1:39 AM