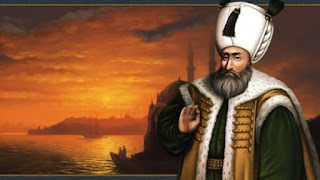 So, I'll tell you this: there is arguably no better city in North America to sample world-class coffee, beer, and wine than Portland, Oregon.  I have spared hyperbole, here.  Theses are true words.  As the good ol boy says, "I kid you not".

Last night I had a hot date...sizzlin' if you will.  I took a risk and visited unfamiliar ground for the start to our evening.  The venue: a highly rated wine bar, TeSoAria, in North Portland (aka NoPo).  Beyond simply dropping the four letter up down up down capitalization schema for gentrifying neighborhoods, I flag you (the imagined reader) to this for future reference.  Largely, you should go there or imagine going there.  They have great wine and fine curation.  The envrions are cool, hence you'd be in situ cool to boot.  But, I digress.

In the course of the evening, we ran across the winery's, relatively famed, Bull's Blood.  Admit it, this is linguistically enticing.  But, I'll cut to the chase, this was not the best wine...the Pinot Verdot was.

That said, the Bull's Blood held better story.  In fact, I have been consumed by the narrative for the last 24 hours.  I thought the wine steward was "bullsh*tt*ing" me if you will with the story.  But, alas, he was not.  To turn you on to the power of history and tannins I offer up this excerpt:


Bulls Blood is a Hungarian tradition dating back hundreds of years. Legend has it that when the Ottoman Empire attempted to invade Hungary, they chose to invade the isolated region of Eger, where they outnumbered the Hungarian military ten-to-one. The Hungarians of Eger locked themselves in the castle and tried to develop of strategy to defeat the Ottoman Empire, but they couldn’t think of anything!  Defeated, they decided to break into the wine cellar and drink as much wine as they possibly could. For days they drank, becoming more and more delirious and soaking themselves and each other in wine. They became so incoherent that instead of fighting the Ottomans, they started fighting each other.  However, what the Ottomans saw was an army apparently covered in blood, fighting each other—they had sacrificed their bulls, drunk the blood, and now they Hungarians were demigods! The Ottomans were so frightened by the prospect, after a few skirmishes, they just left. Eger avoided conquest! Hungary celebrates their victory every year with a Bulls Blood Festival.

I have corroborated this narrative with reliable sources, namely Wikipedia and Savoj Zizek (who might be one in the same).  I'm spellbound, stupified by such a narrative.  Are there others?  It's curious.  What wine bars do I visit to unearth such narratives?

If you've read this far, I will gladly drink a flight of vino with you at TeSoAria.   Eat, drink, and be merry.
Posted by Hill at 1:16 AM No comments:

It is hot and dry in the Pacific Northwest.  There is a record drought and acres of forest are burning.  More than a quarter of a million sockeye salmon are dying because the rivers are so hot.  There is toxic algae in the Willamette River.  And,  the city that, just this past weekend, held a big float celebration to show it has cleaned up its river has issued a health advisory.  Things don't seem to be going so great for the environment in the magic kingdom of Ecotopia. 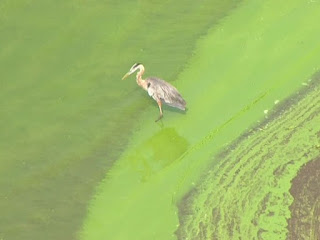 The term motivated inference refers to contexts where people's beliefs are biased by their goals  (great academic piece here).  In such situations, like climate change, it is difficult for individuals to consider problems that contradict their individual or collective sense of identity.    Climate change poses such an instance;  Portland sets forth a particularly frustrating conundrum.  In what many have heralded as America's greenest city, environmental problems have been met with boosterism versus real solutions.  If solutions are put forth, they are first and foremost  ones that satisfy the goal of making money...green capitalism, if you will, is one example of misplaced perception of action.

At some point, new behaviors and paradigms will be needed.  I think we are upon that precipice now. Given current conditions of environmental engagement, our goals must shift from boosterism and wealth to connectedness and conservation.  I think of Derek Jensen's adage: "you can't have sex without your land base".  That's an attention grabber and might get folks thinking.  But, I'm sure there's a savvy marketing notion that could somehow distract us.  Oh well...at least the water is warm and colorful.

Humility and hubris are two different, and quite incommensurable, qualities.  The recent media (feeding) frenzy, if you will, with regard to shark attacks has me reflecting on how we respond to the environment we live in and are a part of.  My home state of origin, North Carolina, has experienced a lot of attention this summer for its shark activity.  And, most recently, there was the shark attack at Jeffrey's Bay where world champion surfer Mick Fanning experienced an intense close encounter of the great white kind.  Fanning's remarks and reflections were quite humble, however there has been some more insanely hubris-laden commentary shared in media.  Folks have actually called for shark decimation or hunting in an effort to rid the seas of sharks.

Fear and hubris aside, it often seems we've lost our ability and inclination to situate ourselves in relation to the natural world.  We've lost our humility.  We've lost our way to make sense of ourselves, life, and the earth by simply being humble.  I've written before about the detriment of ego.  Hubris and ego ride tandem just about always.  Realistically, what do these shark attacks tell us about what's going on in our oceans?  Importantly, what can these awe-inspiring animals tell us about our own mortality, and its spectrum of emotions...from utter fear to supreme joy and exhilaration?  But, to get to this awareness we have to be willing to be humble and honest with ourselves.

As I close this post out, I have to share one other piece that underscores our ability to watch and learn/listen to what our non-human others have to say to us.  Many weather models are pointing to a strong El Nino this year, as well as what that may mean for oceans, rain, temperature, etc.  I ran across this piece in Surfer that reminds us of how animals can tell us what going to shake down weather-wise (and otherwise) more definitely than computer models, hubris, or ego.  We just need to be able to humbly pay attention.


What does it mean to come face-to-face with a hero?  Not anyone’s hero, but your hero.  And, what indelible mark, if any, does it make when this happens?  Maybe the myth and infatuation unravels with disappointment or realization that your hero is a fatally-flawed mortal.  Such meetings may change lives, or they may simply be another pedestrian interaction.  Fundamentally, though, these meetings hold potential to make us look deeply into who we are and what we aspire to be, or what we have to resuscitate.

I met one of my heroes last week, and it changed my life.  The meeting summoned from the depths a lost self…a self that I’d sidelined and subjugated for well over fifteen years, dating back to my mom’s death in 1999.  As I reflect, I can see that in the two years prior to my mom’s sudden death, hurdles and hiccups in her life and mine had begun to create a context where I  was losing my self.  Of course, at the time I did not know this.  I was not paying attention…maybe I was afraid to pay attention or paid attention to the wrong things.  I took my eye off my karma.

I’ve got some ideas about what happened socially and professionally; but, the devastating result was that I failed to nurture, or turn to the wisdom, of a self that could have taken me humbly, graciously, and mindfully through some pretty significant life moments and decisions.  I’ve done pretty well since  my mom’s death and am so grateful for what I have accomplished, as well as the opportunities I have.  But I wish I’d remembered my self sooner. 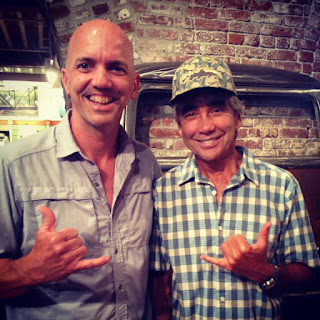 Thankfully, last week, one of my heroes showed up.  He stood right in front of me, with a cosmic mirror.  There was nowhere to hide.  What I saw and experienced propelled me back in time to pick up something I should not have laid down.  What me hero said, in our private conversation and in his talk to a larger group, moonshot me powerfully into the present moment.  For the first time, in a long time, I recognized myself reconstituted.  My gratitude continues to overflow.
Posted by Hill at 5:34 PM No comments: 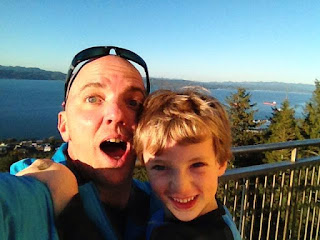 Father’s Day…I’m glad it’s here.  I love my family and especially my son.  He’s gives me the greatest gifts, with none of them being material.  Well, of course, he does give me great material gifts but the ones I cherish most are the soul soothing heart expanding ones…the gifts of love, experience, and reminders of what it means to see and experience things anew.  Watching and being with him enables me to thrill with delight all of life’s gifts, which include the exhilarating ones as well as the scary, intimidating ones.  If I really allow myself to drop into my heartspace--which is hard for people to do, especially men—my son teaches me a lot about humility.  It’s a gift my dad never gave me and one that I did not (or was not encouraged to) experience as child.

Thomas Merton wrote that "pride makes us artificial and humility makes us real".  I like this, a lot.  Pride, namely false pride, is something that can’t inhabit  the same space as humility.  Arrogance and ego can’t be in that space either.  My son, makes things anew and helps me be different, better, and revolutionary in my humility.  I am eternally grateful for that gift.  Thanks D.
Posted by Hill at 10:54 AM No comments: